Handling Reviews for Your Mobile Apps

User reviews can make or break a mobile app. Around 90%of American consumers read reviews before deciding on a purchase, with nearly 68%factoring reviews into their purchasing decisions. A whopping 83% of users also discover new mobile apps each month through online reviews, with at least 7% needing to read at least 20 comments before trusting an app.

For app developers, learning how to manage user reviews promptly and effectively is crucial to improving their share in the market. But that can be a challenging experience, especially for those who are still not familiar with the process. So, if you’re just getting started as an app developer, here’s a general guide on handling reviews for mobile apps and how to leverage them effectively. The first step is to get users to leave reviews in the first place. An unreviewed app is almost as bad as one with poor reviews.

One tried-and-tested way to make users leave their feedback is simply to ask them for it. Most apps nowadays have a simple pop-up window asking users for a detailed review or star rating. Offering rewards in return can also help increase the number of reviews.

Another way to get users to leave reviews is by using app review plugins. Plugins like Appirater can automatically prompt users to post ratings and redirect them to the app store to leave their review. These plugins can also be customized to trigger at a set time for a more customized experience.

To manage reviews on the Google Play Store, sign to the Play Console and select the app you want to manage. At the top of the page, you can immediately check your app’s ratings summary and compare it to a custom peer group of your choosing. You can also browse app reviews left by users on this page and sort them according to various metrics such as the number of stars or time period.

In addition to viewing user reviews, the Play Console also allows developers to reply to each review directly via the User Feedback tab. You can choose to enter a suggested reply or a custom one. Once a reply is posted, the user will immediately be notified via email with a link to contact the developer.

To check your app’s reviews on iTunes, click the My Apps button on iTunes Connect, select your app and click on Ratings & Reviews on the Activity tab. You’ll be shown a detailed summary of the ratings left by users and the option to leave a direct response to each user review.

It should be noted that once you reply to a user review, Apple will still have to approve it before it is posted publicly. Apple has a stricter verification system than Google and may reject responses that they deem as spam or that contain personal information. 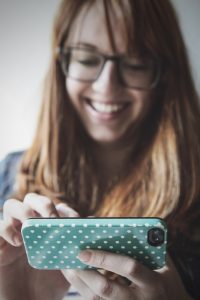 Importance of Responding to Reviews

When a user does leave a review, leaving a response as soon as possible is recommended. Statistics show that 97% of app store reviews remain unanswered, so a reply from your end can certainly make your app stand out. Replies can also encourage others to leave reviews, as indicates responsiveness from developers.

When posting replies, be sure to prioritize one- to two-star reviews. You can usually filter this in the iTunes Connect or the Google Developer Console. Google Play also has review analysis functionality, which displays average rating changes to a review after it has been replied to, allowing developers to monitor the outcome of their responses better.